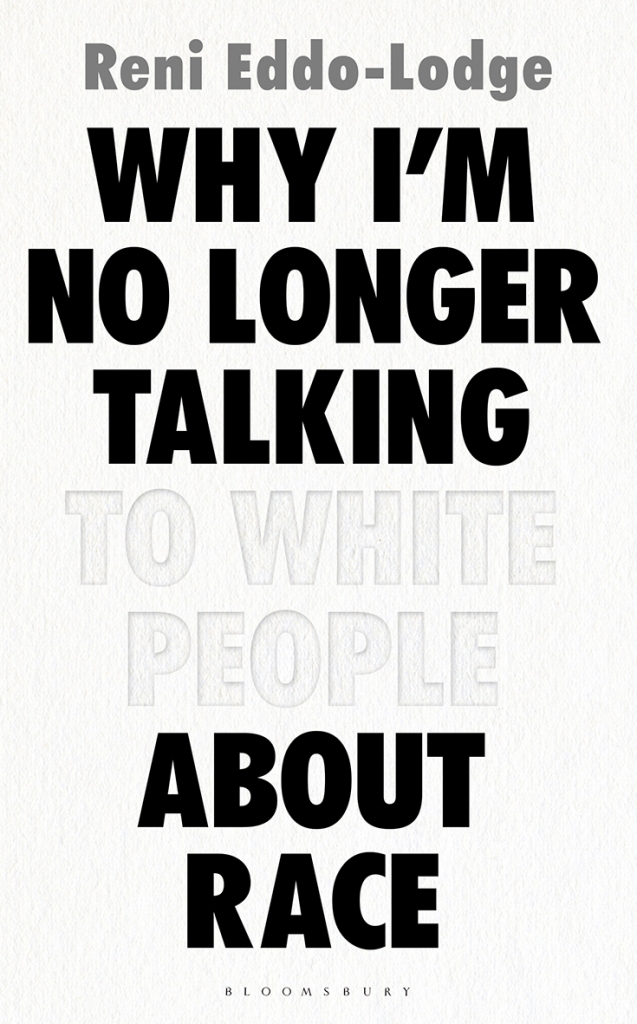 WINNER OF A 2018 BRITISH BOOK AWARD

WINNER OF THE 2018 JHALAK PRIZE

WINNER OF THE 2018 BREAD & ROSES AWARD FOR RADICAL PUBLISHING

WINNER OF THE 2018 WOMEN IN CREATIVE INDUSTRIES ‘BOLD MOVES’ AWARD

LONGLISTED FOR THE 2018 ORWELL PRIZE FOR POLITICAL WRITING

LONGLISTED FOR THE BAILLIE GIFFORD PRIZE FOR NON-FICTION 2017

FOYLES NON-FICTION BOOK OF THE YEAR 2017

BLACKWELL’S NON-FICTION BOOK OF THE YEAR 2017

“This is a book that was begging to be written. This is the kind of book that demands a future where we’ll no longer need such a book. Essential” – Marlon James, author of Man Booker Prize-winning A Brief History of Seven Killings

“One of the most important books of 2017” – Nikesh Shukla, editor of ‘The Good Immigrant’,

“An incisive and uncompromising commentator on the iniquities of oppression … Comprehensive and journalistic, the book leaves a devastating trail of case histories, statistical and anecdotal evidence, personal stories and opinion about the manifestation of overt and covert racism … Eddo-Lodge is a gifted writer, with a talent for bringing together debates around race, gender and class in a timely and accessible way” – Times Literary Supplement

“Daring, interrogatory, illuminating. A forensic dissection of race in the UK from one of the country’s most critical young thinkers. Reni’s penetrative voice is like a punch to the jugular. Read it, then tell everyone you know” – Irenosen Okojie, author of ‘Butterfly Fish‘

“I’ve never been so excited about a book. Thank God somebody finally wrote it … Blistering … Absolutely vital writing from one of the most exciting voices in British politics. A stunningly important debut … Fellow white people: It’s our responsibility as to read this book … This book is essential reading for anyone even remotely interested in living in a fairer, kinder and more equal world” – Paris Lees

“It’s deep, it’s important and I suggest taking a deep breath, delving in and I promise you will come up for air woke and better equipped to understand the underlying issues of race in our society” – Sharmaine Lovegrove, ELLE

“A riveting deep-dive into the history and communication of race in Britain. From white-washing to intersectional feminism, it is an eviscerating and hugely educational read … This book is destined to become cult” – Red

“A wake-up call to a nation in denial about the structural and institutional racisms occurring in our homes, offices and communities” – Observer

“Laying bare the mechanisms by which we internalise the assumptions, false narratives and skewed perceptions that perpetuate racism, Eddo-Lodge enables readers of every ethnicity to look at life with clearer eyes. A powerful, compelling and urgent read” – Ann Morgan, author of A Year of Reading the World

“A seething take-down of commonly held attitudes towards race and racism in the UK and beyond … Entirely essential … Eddo-Lodge reveals why anti-racist work should be a universal objective, even if racism isn’t a universal concern. The book is ultimately a defiance against the silencing of people of colour” – The List

“Eddo-Lodge is digesting history for those white readers who have had their ears and eyes shut to the violence in Britain’s past … An important shift that undermines the idea that racism is the BAME community’s burden to carry. The liberation that this book offers is in the reversal of responsibilities” – Arifa Akbar, Financial Times

“Eddo-Lodge accurately takes the temperature of racial discussions in the UK. In seven crisp essays, she takes white British people to task for failing to accept that “racism is a white problem” … She’s strong on the pervasive racial marginalisation of black people” – Guardian

“Searing … A fresh perspective, offering an Anglocentric alternative to the recent status-quo-challenging successes of Get Out and Dear White People. This book’s probing analysis and sharp wit certainly make us pray she will continue talking to white people about race” – Harper’s Bazaar

“The black British Bible … I discovered more about Black British history in that one chapter than I ever did through my secondary school education … I owe Reni for doing much of the hard work and instigating dialogue that I’ve never had time to do, often put off, or simply found too painful” – Gal-Dem

“’Reni Eddo-Lodge is that rarest of delights – a young, working –class black woman from Tottenham with a voice in public life … This book is a real eye-opener when it comes to Britain’s hidden history of discrimination … A book like this matters now” – Refinery 29

“Now it’s out of her head, it’s on the shelves and accompanied by a hugely successful regional tour that sees people of all colours, all races and all genders queuing up to ask questions, to share their own frustrations and to thank Reni for finally giving them a voice” – i-D

“Her searing examination of what it means to be a person of colour in Britain today covers a lot of ground, from the murder of Stephen Lawrence and the whitewashing of feminism to the casting of a black actress as Hermione in Harry Potter and the Cursed Child” –Independent

“To anyone who has not thought much about the subject, what she finds will be a revelation … Impassioned and often moving … Undoubtedly essential” – Ellah Allfrey, Spectator

“This book has a vital role as a tool that people of colour can refer others to, particularly when called upon, yet again, to parrot the ABCs of racism … This is the book to give your problematic family friend/neighbour/uncle … Marks the beginning of a national conversation that many have been trying to have for a long time” – New Humanist

“Shines a light on a conversation about race, racism and whiteness that must be had in every village, town and city in the UK and beyond. This is an absolute must-read” – Simon Blake, Chief Executive of the National Union of Students, Resurgence & Ecologist

Want to get in touch?

I’m represented by Carrie Plitt at Felicity Bryan Associates. For speaking and media requests, please email her at